You’ve got your business degree in hand and your job is going well. Now it’s time to focus on getting that promotion.

Your climb to the top begins the first time you step UP onto a podium and exercise your power to persuade others to follow you.

In stepping UP onto the podium you get your chance to convince upper management of your discipline and integrity to represent the company — in general.

In stepping UP onto the podium, you reinforce your staff’s  commitment and conviction to work more collaboratively and productively — in particular.

No wonder that alumni from the business school at the University of Michigan credited their communications skills more than their business or financial acumen in earning their first promotion.

To help you focus on developing your powers of public speaking, let’s scan the history books for what other leaders say about the potency of Podium Power:  For example, with your public speaking skills sharpened you can become more durable than a king. “Of all the talents bestowed upon men, none is so precious as the gift of oratory. He who enjoys it wields a power more durable than that of a great king.” That’s the way Winston Churchill sized up the power of public speaking. And he should know. After all, as the Prime Minister of Great Britain, he  unleashed his own (s)peak performance to lead Great Britain to its finest hour during World War II. From the podium.

He Mobilized the English Language and Sent It Into Battle

In fact, President John F. Kennedy  said that Churchill “mobilized the English language and sent it into battle.” At Churchill’s funeral, the United Nations Ambassador and two-time former presidential candidate Adlai Stevenson eulogized: “The voice that led nations, raised armies, inspired victories and blew fresh courage into the hearts of men is silenced.” 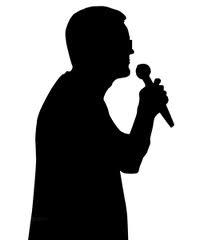 Your public speaking voice is THAT vital, THAT valued, THAT valuable.

Imagine if you lost your voice. No matter how smart you were,  you would be hard-pressed helping others learn how valuable a thinker and a leader you are.  As the Greek philosopher Pericles observed: “The person who has ideas and cannot articulate them well is at the level of someone with no ideas.”

No wonder your public speaking power is so potent that statesman Daniel Webster said: “If all my possessions were taken away from me with one exception, I would choose the power of speech. For by it, I would regain all the rest of my possessions.”

Indeed with their public speaking power well leveaged, leaders achieve their (s)peak performance. They analyze, verbalize, and mobilize ideas, issues and concerns with impact, insight and intensity so they are heard, understood and acted upon with courage, conviction and confidence — more durable than that of a great king.  And THAT versatility and vitality is the crown jewel of your public speaKING!

Exercise your Power of the Podium to keep your leadership thinking in mint condition.