Here’s an idea to help you strengthen your partnerships. Reading time: 4:42.

As a reporter with the Miami Herald in 1975, I met Jackie Gleason in Fort Lauderdale, Florida when he was promoting a professional golf tournament, the Jackie Gleason Inverrary Classic. He was honing his golf swing to host President Jerry Ford in a celebrity round with legendary entertainer Bob Hope and the greatest professional golfer at the time, Jack Nicklaus. 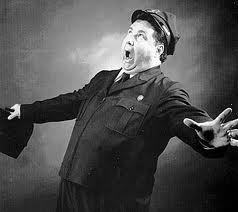 Jackie Gleason as bus driver Ralph Kramden in The Honeymooners. 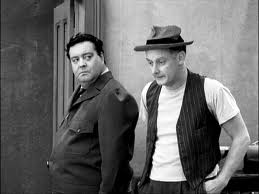 Jackie Gleason and Art Carney in The Honeymooners

The Great One. That’s what the television entertainment world called Jackie Gleason. And no wonder. After all, he hosted  television programs in the 1950s-60s that dominated the airwaves —from The Honeymooners to The Jackie Gleason Show on CBS — and made loud-mouth Ralph Kramden the most famous bus driver in New York.

In fact,  the first time I heard Jackie Gleason’s voice live and in person on the golf course, he sounded more like the boisterous and cantakerous Ralph Kramden in the The Honeymooners who would yell at his wife: “Straight to the Moon, Alice.”

Jackie Gleason was mad as hell. He stood about 50 yards away from me on the driving range. Gleason yelled at my photographer to stop taking photos (“Hey Pal, not now!”).  The Great One demanded to be left alone to concentrate on his golf swing.

By the time I could intervene and introduce myself as something more than a pesky fan, I figured Ralph Kramden would also kick me “straight to the moon” when I requested an interview. Maybe I could hope he’d settle for just making one of his patented threats: “One of these days… POW!!! Right in the kisser!” I was wrong. In fact, Jackie Gleason taught me a lesson in leadership that surprised me, especially after I saw first hand how self-absorbed and arrogant he appeared to be based in his personal behavior during a practice round of golf.

I asked permission to follow him around in a golf cart as he played a practice round alone. He said nothing. He walked to his golf cart and then he waved his hand for me to follow him. “How sweet it is” I found myself saying in mimicking The Great One’s famous line that he usually uttered after sipping something  stronger  from his ever-present coffee cup on stage.

And Away We Go

And then I found myself saying “And Away We Go,” –another classic Gleason line. It was quite a show that I got to see: Jackie Gleason–The Golfer.  The Great One seemed to take on the persona of the characters he made famous on his television programs.

He smiled like Joe the Bartender after hitting a solid drive. He pouted like The Poor Soul when his missed a putt. He drove his Rolls Royce tricked-out golf cart with all the arrogance and pomposity of the haughty Reginald Van Gleason III, much to the chagrin of other members on the golf course, especially when he disregarded the stakes and ropes guarding the greens.   He played methodically, like running the table in pool in much the way he did playing Minnesota Fats in the movie The Hustler 14 years before.  And he played intensely. This was his 34th straight day playing or practicing his golf game. 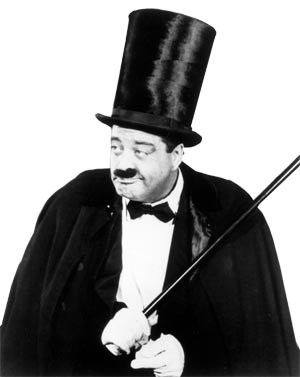 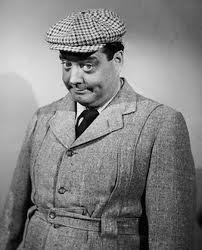 Jackie Gleason as The Poor Soul

After he finished his 11-over par round,  I asked Jackie Gleason The Golfer about the first golf lessons he ever took. I told him how much I enjoyed watching a skit featured on his CBS TV situation comedy The Honeymooners where he and Art Carney are trying to learn to play by reading a golf instruction book together.

In that skit, he is standing in the kitchen with his driver while Art Carney reads from a how-to—play golf book. It says here you have to address the ball. Gleason looks perplexed. Carney takes the club away from Gleason and bends over the ball, saying “This is how you address the ball. “Hello Ball.”

After I laughed at the memory of that skit, I complimented Gleason for his role in it , but The Great One –the man who grew up poor and wound up rich and famous with an ego that seemed to get bigger every year– immediately deferred . “Well, that’s all Carney, a genius.”

I was surprised at Gleason’s acknowledgement of his side-kick’s talent, especially given the derisive behavior he and his sidekick displayed on stage. These friends and neighbors in The Honeymooners were not even on a first-name basis. Gleason’s character Kramden always called Carney’s character by his last name only (Norton) even though the Ed Norton character always called Kramden by his first name, Ralph.

The leadership lesson I learned from Jackie Gleason:  Whatever role your partner plays,  value him or her,  respect him or her  and credit your partner especially when they are in your shadow. Remember they are holding the light that let’s you shine. Without them, you are in the dark. With them, well… lights, camera, action And Away We Go. How sweet it is!

Credit the value of all partners to keep your leadership thinking in mint condition.