Here’s an idea to help you communicate more clearly. 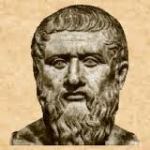 “Oh…..,” she said. A few minutes later my daughter came prancing into the living room. “I’m grown up,” she claimed. “You are?” I wondered. “Yes, I can read Plato. See,” she said, reading from a can in her toy box:  “Play-Doh comes in three colors etc.’.

Now I have heard of tuna in a can, soup in a can, but philosophers in a can?

I smiled and realized my mistake, a mistake that forced me to think more about the tone of my words -the way my words sound to others especially given their frame of reference. How foolish of me to think that my daughter would hear the word  Plato and not link the sound of that word with a clay-like modeling compound material that she played every day with to make arts and craft projects –Play-Doh– than the student of Socrates.

That conversation with my daughter taught me to be more cognizant that speech is like music. Indeed, we hear the melody long before the lyrics, the sound long before the words.

Making SOUND Decisions for the Intonation of Words

Art Carney and Jackie Gleason (l-r) in the Honeymooners.

So the key to effective speaking is to pick SOUND words for their intonation as much as their notation; for the way they sound as much as how sound they are.  Especially when we are trying to explain a new procedure to staffers. Too often we take our Plato’s for granted when the audience is hearing Play-Dohs.  And the results can be hilarious.

I still laugh out loud when I think of that funny scene with Jackie Gleason and Art Carney in  The Honeymooner’s television program.  The two comedians are trying to  follow the instructions in a golf book on how to hit the ball. Gleason is standing in the kitchen wielding his driver while Carney reads the instructions.

Funny? Sure. In a comedy show. But in the real world of effective leadership I know I have to be clear in my instructions. I have to make more SOUND  decisions  so that the laugh isn’t on me. Or Plato.  I look forward to learning more from all of you how you add greater clarity to your personal communications. Use the Comments section below.

Today’s ImproveMINT
Make SOUND decisions when you choose your words to keep your leadership thinking in mint condition.

Confessions of a Listener: Father I Have Sinned
Talking Less Speaking More
Listening is Literally a Life and Death Issue

2 thoughts on “Personal Communications: From Plato to Play-Doh”