Singing the Monday Morning Blues. We’ve all been there. At least Ogden Nash unleashed his sense of poetic injustice when the comic poet and a Broadway lyricist observed: 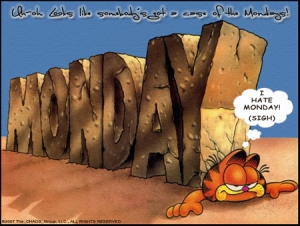 “Monday
is the day
when life becomes
grotesque again
because you have to
face your
desk again.”

The leader read that ditty in jest as if it were a Dilbert redux at one of his Monday morning staff meetings.

Everyone laughed. Then the leader paused and pensively challenged his staff:

What could they do
as leaders to convert
Mondays
from the grotesque
to something
out of burlesque? 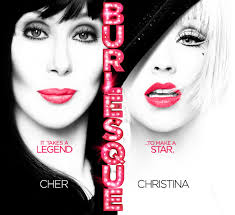 Burlesque? Well at least work should fun, entertaining and even amusing if not challenging and rewarding.

Yet job satisfaction surveys consistently show most employees are disengaged, unsatisfied, unfulfilled in the 9-to-5 world.

So unfulfilled that job dissatisfaction today has become the prime predictor of heart attacks—more so than smoking, more so than high cholesterol and more so than a lack of exercise.

But wait. It gets worse: Monday morning is quite literally a killer. More people die on Monday mornings between 8 and 9 than any other time of the week.

No wonder the most effective leaders know they have to involve employees more in the decision making and provide greater latitude in authority and accountability.

Leaders, like Ponce de Leon seeking the fountain of youth, consistently probe for new ways to engage employees in more work that energizes more than exhausts; work that invigorates more than denigrates; and  work that “expresses and expands our dignity to become more of a human being,” as Pope John Paul II wrote his 1981 Encyclical titled  On Human Work.

Maybe that’s why 70-80 percent of workers say they would continue to work even if they won the lottery that gave them enough money for life to meet all their financial desires.

With that expanded dignity through work, leaders don’t need an alarm to summon them to work. Leaders are called. Not summoned.

Leaders become part of a force FOR labor not simply a part of the labor force And leaders concentrate on making a difference between they’re being AT work and their BEING at work.

Maintain the dignity of work to keep your leadership thinking in mint condition.