This is the 5th of a 10-part series on Customer Leadership.

In this LEADERSHIP MINTS series, we celebrate the 100th anniversary of Steelcase Inc. (founded March 16, 1912) and salute their Customer Leaders (a.k.a employees). Those highly motivated Customer Leaders have consistently helped the Grand Rapids, Michigan-based company reign as the office-furniture industry leader for most of its 100 years in business.

Here’s an example of a Customer Leader literally whistling while he works. 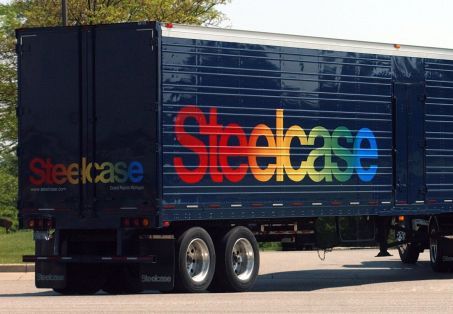 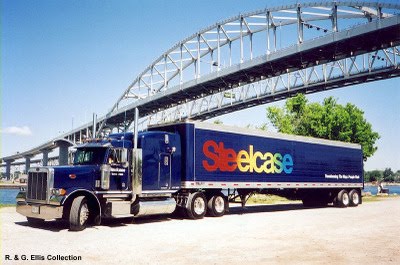 Guitar in hand and a song in his heart,  Paul found the strings at his fingertips and the vocal cords in his throat vibrating whenever he saw a Steelcase 18-wheeler on the open road.

No wonder Paul found himself writing a love song of sorts to the Steelcase truck fleet in general and celebrating his new role as a Steelcase truck driver in particular.

Paul inspired eight other Steelcase drivers to join him in recording the song– Blue & Chrome-– and then distributing the record (vinyl in the early ’90s well before digital downloads, Ipods and Itunes)  personally to various truck stops. Proceeds were donated to charity.

Paul’s song told the story of pride — and discipline —  that Steelcase drivers exhibit just to EARN an opportunity to get behind the wheel.  END_OF_DOCUMENT_TOKEN_TO_BE_REPLACED