Here’s an idea on developing your servant leadership style.

Abraham Lincoln, visiting wounded soldiers during the Civil War,  leaned over the hospital bed of one injured soldier and asked:  ” Is there  anything I can do for you? 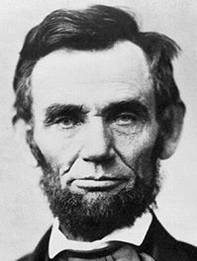 The soldier, not recognizing the president of the United States at his bedside, asked Lincoln to write a letter for him to his mother. The soldier began dictating.

And the President began writing.  “Mother…I am dying….”

Abraham Lincoln knew his role as a Servant Leader: to foster supportive environment for his troops. Effective leaders like Lincoln know the value in long-term productive relationships that aren’t limited to job descriptions, reporting structures or organizational charts. See 1908 New York Times article on Lincoln’s Love for The Private Soldier.

How can you apply that kind of Servant Leadership? Let me introduce you to Larry, a mid-level manager in a manufacturing plant. Larry is a Servant Leader unencumbered by job descriptions or organizational charts.

It has been more than 10 years since Doug worked directly for Larry. Even though Doug is now working in another division within the same company, Larry telephones Doug once a year to wish him well on his birthday. “That phone call makes me feel really important,” said Doug, realizing that his former boss has no ulterior motive.

But as an effective leader, Larry knows his reputation as a leader who cares about people precedes him wherever he goes. He knows that today, thanks to him, many geese in the company are laying golden eggs—- the golden eggs of increased productivity and profitability. Larry the leader doesn’t try to greedily get all of its golden eggs out at one time like in the famous Aesop fable.

Showing you care is a key leadership skill as Perry Smith writes in his book Taking Charge: “The brilliant, efficient individuals who cannot warmly think, compliment and commend their people will always fall well short of their full potential as leaders.”

No wonder that former Chrysler chairman Lee Iacocca said in his biography: “In the end all business operations can be reduced to three words: people, products and profits. People come first. Unless you’ve got a good team, you can’t do much with the other two.”

You might also like these previous Leadership Mints on Relationship Building:
Leaders are Lovers
Feeding Off Each Other in a Friend-zy
Building Intimate Relationships