Here’s an idea to strengthen your values. Reading time: 1:46. 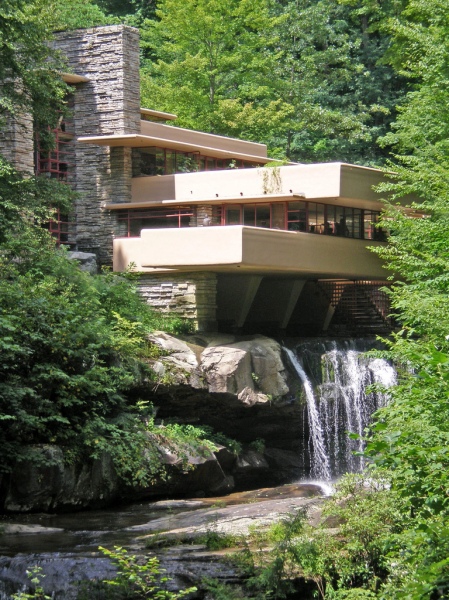 The building contractor balked when he saw the architect’s plan for a new home. “Too dangerous,” he said, eyeing the planned cantlevered terraces 30 foot high over a waterfall.

The famous architect, much to the surprise of the contractor, personally stood up for and under what he believed in. He proved the structural integrity of his design.

Standing under the cantilevered terrace, he kicked out the temporary support structure. Safely and securely. Wright On! Frank Lloyd Wright made history that day.

His masterpiece—The Fallingwater Home in Bear Run, PA—would become the subject of a cover story in Time Magazine in January 1938 and Wright added another chapter into his leadership legend as the most famous architect of the 20th century.

Leaders stand up – and under—for what they believe in.

Wright also stood up for his design of the controversial mushroom-like pillars in the Johnson Wax headquarters in Racine, Wisconsin.

The building inspector would not approve the construction of the pillars until Wright proved each pillar could support 12 tons. Wright conducted the test FIVE-FOLD, proving his pillars could hold 60 tons.