The four-star general in the United States Army –all 6-foot-3 and 240 pounds of him – was scared. Not on the battlefield.  After all he led the US coalition of troops from 30 countries to victory in the Persian Gulf War in 1991. No, General Norman Schwarzkopf was even more scared of unarmed men who couldn’t or wouldn’t cry. “Frankly, any man who doesn’t cry scares me a little bit,” Schwarzkopf admitted to Barbara Walters on ABC television’s 20/20 program in March 1991. “I don’t think I would like a man who was incapable of enough emotion to get tears in his eyes every now and then. That person scares me; he’s not a human being.”

(This is an excerpt of a newly relaunched book titled LOVING Like a Leader now available on Amazon.com END_OF_DOCUMENT_TOKEN_TO_BE_REPLACED

Here’s an idea to enhance your trustworthiness. Reading time: 3:12

“Fishing Tickle.”  The sign in the fishing bait store window was misspelled. On purpose.

Likewise the print ad for the Campbell Soup Company headlined a factual error. On purpose.

Rhetoricians define dubitatio as a personal form of aporia which is doubt or ignorance – feigned or real—used as a rhetorical device to make the speaker/leader seem more human, more real and ultimately more honest.

The most effective leaders double down on their dubitatio.

The more vulnerable a leader the more venerable they can become in the hearts and minds of followers (a.k.a. customers).

Large corporate entities seem more human when they make easily-discovered mistakes in public. Then followers (a.k.a. customers) parlay that vulnerability into building a more intimate relationship with that big conglomerate. And sales soar.

That’s what happened when Campbell Soups  listed 22 different soups in a print ad. But the headline screamed “21 kinds of soup.” END_OF_DOCUMENT_TOKEN_TO_BE_REPLACED

Playgrounds are proving grounds for leaders. 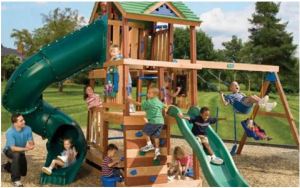 On the playground, these emerging leaders  engage their followers: they get other kids to play with them with something more  than simply a suggestion “Hey let’s play tag.”

They also lead by example.  They are  quick to model the behavior (“You’re it!), tagging and running off.

And soon others congregate, collaborate and innovate around the make-believe camp fire and share the warmth of their collective sharing and caring together, their leadership for and with each other.

But then the emerging leaders on the playground take their game to the next level. They embrace change. They leverage change. They anticipate a need to change.

END_OF_DOCUMENT_TOKEN_TO_BE_REPLACED

They were third stringers doomed to sit the bench for most of their college football careers.

But then new coach took over – a leader who understood his role in coaxing as well as in coaching, a leader who leveraged his emotional intelligence, his sensibility as much as his ability.

And that leader would go on to turn those no-name third stringers into first-line ringers against woeful odds. In pre-season polls pundits sentenced the team to the bottom half of the standings. They cited the team’s lack of overall size, depth and experience.

Nevertheless, Coach Paul Dietzel methodically coaxed and coached Louisiana State University to its first unbeaten, untied football season in 50 years. His feat in 1958 still resonates with leaders more than a half century later.

He is still teaching leaders the magic in doing more than simply motivating  others to THINK  they are better than they really are. He also stimulated them to ACT on that pretense with amazing competence. When you motivate, you persuade. But when you stimulate, you lead.

The most effective coaches lead. They stimulate ah’s and oh’s more than simply motivate with x’s and 0’s. They enable with a label. That’s what  Coach Dietzel did in labeling his third stringers. He labeled his third stringers  “Chinese Bandits” and enabled their awesome performance against overwhelming odds. END_OF_DOCUMENT_TOKEN_TO_BE_REPLACED

“All the world is a stage,” said William Shakespeare. If so then the most effective leaders must really be leading stagehands. 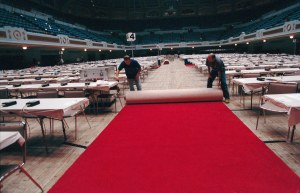 Think about it. You can’t have a performance if you don’t have the right lighting, the right environment, the right working conditions.

The stagehands—the leaders—are vital to the performance. They can engineer, design and develop an environment that makes a performance exhilarating or exasperating.

Are you creating an environment that your staff needs to flourish? Or are you too focused on your own comfort and security, your own job requirements?

Too often the two work environments are mutually exclusive and productively falls as quickly as morale. The stage play closes. Abruptly. It doesn’t have to be that way.