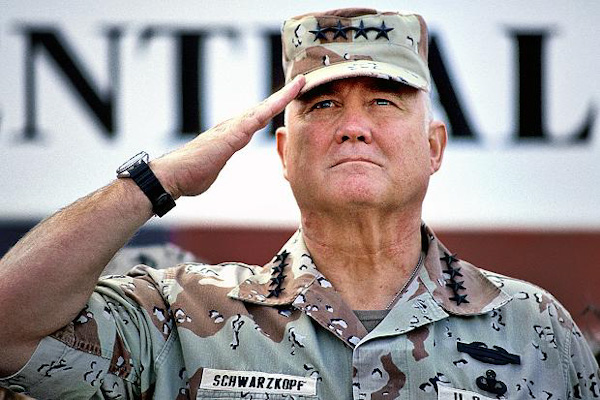 The four-star general in the United States Army –all 6-foot-3 and 240 pounds of him – was scared. Not on the battlefield.  After all he led the US coalition of troops from 30 countries to victory in the Persian Gulf War in 1991. No, General Norman Schwarzkopf was even more scared of unarmed men who couldn’t or wouldn’t cry. “Frankly, any man who doesn’t cry scares me a little bit,” Schwarzkopf admitted to Barbara Walters on ABC television’s 20/20 program in March 1991. “I don’t think I would like a man who was incapable of enough emotion to get tears in his eyes every now and then. That person scares me; he’s not a human being.”

(This is an excerpt of a newly relaunched book titled LOVING Like a Leader now available on Amazon.com

The first US Army General to win a major war in 46 years, Schwarzkopf noted that General Ulysses S. Grant cried when he learned of President Abraham Lincoln’s death.  General Dwight Eisenhower wiped away tears when he saw the planes take off on the eve of D-day knowing he could be sending most of those pilots to their deaths. And President Lincoln wept when he visited the injured soldiers during the Civil War.

Even legendary football coach Vince Lombardi would cry when giving an emotional speech to his Green Bay Packers. Confident leaders know their “tears are a great gift from God—a safety-valve built into our system,” notes author Alan Loy McGinnis in his book The Friendship Factor. That’s why leaders realize that crying (expressing their humanity) and relationship building (connecting to the feelings and concerns of others) anchor the behaviors of strong, determined and competitive leaders.

In fact, a study reported in the Journal of Psychology of Men & Masculinity found that football players who cried had higher levels of self-esteem which gave them a competitive edge on and off the field. Real men (and women) cry—FOR others. They feel what others are feeling as they meld into an organic whole of shared feelings. In fact the most authentic criers first “see their own tears in the other person’s eyes” observes Reverend Forrest Church in his book Life Craft: The Art of Meaning in the Everyday. The tears of a loving leader are shed for what is significant to others–what’s pithy–not what’s a pity.