By Peter Jeff
The Leadership Mints Guy
Here’s an idea to staff your team for maximum creativity and productivity. Reading time: 3:13

“Watch out for that guy. He thinks is smarter and better than you,” the confidant warned the newly-appointed Chief Executive Officer.

The new CEO squared his shoulders, stiffened his stance, and fixed a laser-like glare into the eyes of his loyal friend.Then he erupted with a celebratory grin, saying: “Good, do you know any others who think they are smarter and better than me? I want to promote them all.”

Leaders aren’t threatened by talented colleagues and/or competitors. They’re enlightened at the heightened prospects where the ensuing friction can only sharpen both leaders no matter how many sparks fly.

That’s why the most effective leaders take hiring to a higher level. They pay homage to the business acumen of billionaire industrialist and philanthropist Andrew Carnegie whose epitaph reads: “Here likes a man who was wise enough to bring into his service men who knew more than he.”

Indeed “A’s hire A’s and B’s hire B’s,” notes Donald Rumsfeld, the former CEO of a pharmaceutical company who is more famously known as a former Secretary of Defense. A’s seek higher performance with their hire preference. They don’t protect their power.

They share it and thereby increase it as author Ken Blanchard observes in his book Leading at a Higher Level, “the best way to increase your power base is to gather people who have points of power you don’t have.” 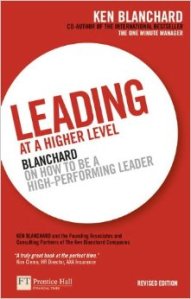 No wonder former CEO, David D’Alessandro writes in his book Executive Warfare: “Hire a well-rounded team whose strengths are different from yours.”

And in his book Work in Progress, author Tony Schwartz says “Confident managers hire the best people they can find, aware that improving overall performance will ultimately redound to their credit.”

Abraham Lincoln hired Senator Salmon Chase as his Secretary of Treasury even though he was warned that Chase coveted the presidency and that he thought he was more qualified than Lincoln. Chase went on to play a crucial role in Lincoln’s cabinet.

Chase devised the first U.S. Federal currency and developed a banking system that ensured the Union could finance the military during the Civil War. Not bad for a guy who clashed with Lincoln so often he tried to resign twice during his four year stint at Treasury before Lincoln took him up on the third time he tendered his resignation. And Lincoln named Chase to the Supreme Court.

No doubt Lincoln saw value in Chase’s work performance even if the two of them wouldn’t likely have a beer together in friendship. So what do you look for when taking your hiring to a higher level. Consider former General and Secretary of State Colin Powell’s hiring criteria:

“Look for intelligence and judgement and most critically a capacity to anticipate, to see around corners. Look for loyalty, integrity, a high energy drive, a balanced eye and the drive to get things done. A good leader surrounds himself with people who complement his skill.”

Yet still too many so-called leaders hire more for the compliments they get personally than the complements they achieve professionally.  They hire to make themselves feel good not necessarily to strengthen the feel of the organization’s bottom line.

At least that’s the observation of researchers documenting hiring bias reported  in the American Sociological Review:  “Employers value feelings of comfort, validation or excitement when meeting with job candidate’s  over a prospect’s superior cognitive or technical skills.”

Higher –and hire– others to keep your leadership thinking in mint condition.