They were third stringers doomed to sit the bench for most of their college football careers. 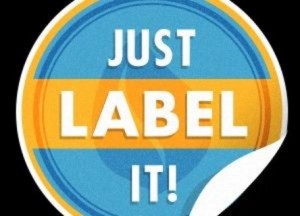 But then new coach took over – a leader who understood his role in coaxing as well as in coaching, a leader who leveraged his emotional intelligence, his sensibility as much as his ability.

And that leader would go on to turn those no-name third stringers into first-line ringers against woeful odds. In pre-season polls pundits sentenced the team to the bottom half of the standings. They cited the team’s lack of overall size, depth and experience.

Nevertheless, Coach Paul Dietzel methodically coaxed and coached Louisiana State University to its first unbeaten, untied football season in 50 years. His feat in 1958 still resonates with leaders more than a half century later.

He is still teaching leaders the magic in doing more than simply motivating  others to THINK  they are better than they really are. He also stimulated them to ACT on that pretense with amazing competence. When you motivate, you persuade. But when you stimulate, you lead.

The most effective coaches lead. They stimulate ah’s and oh’s more than simply motivate with x’s and 0’s. They enable with a label. That’s what  Coach Dietzel did in labeling his third stringers. He labeled his third stringers  “Chinese Bandits” and enabled their awesome performance against overwhelming odds.

The Most Vicious People On Earth

Dietzel said the name came from a comic strip, Terry and the Pirates. He quoted a sinister-looking oriental gentleman in the comic strip who said: “Chinese Bandits are the most vicious people on earth.”

The Bandits played defense with that vicious sense of destiny. In fact as a unit they compiled more than a quarter of the team’s total playing time that season.

The Bandits played a critical role in the Tigers success.Their fortitude helped the best players (on offense) and the second best players (on defense) rest often so they could perform even more aggressively when they got back in the game.

In coaching, Dietzel did more than motivate his players. In coaxing, he stimulated them. He brought out the best in them. With a label that enabled. Indeed the most effective leaders do as much coaxing as coaching.

Label to better enable others and
keep your leadership thinking in mint condition.