Here’s an idea to help you be more strategic in your problem-solving. Reading time: 2:56.

One and one don’t always add up to two. At least not to astronomer Sir Arthur Eddington. 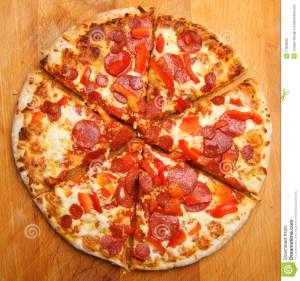 He noted that we often think that when we have competed the study of ONE, we know all about TWO, that TWO is ONE and ONE. “We forget that we still have to make a study of AND.”

That’s what leaders do. They make a strategic study of AND. They don’t grab at the easiest solution. They broaden their reach. They grasp at what could be plausible not simply possible.

They don’t settle for stating the following letters in order: IMPOSSIBLE. Instead they restate for added emphasis the same letters in the same order: I’M POSSIBLE.

Likewise when confronted with a mathematical proportion problem, they don’t grab for the most obvious course of action. Instead they grasp at the larger more strategic issue to solve the real problem. They seek to answer the more defining and refining question: AND? No wonder former 60 Minutes investigative interviewer Mike Wallace always said that one word –AND?–was his most revealing question. Leaders  command  the strategic study of AND.

Consider the pizza restaurant that sponsored a back-to-school promotion. 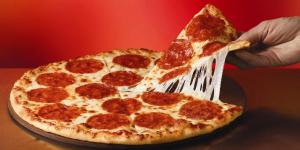 Get a free pizza if you can answer this question. If a 15-inch pizza cost costs $8.75. how much should a 16-inch pizza pie cost? Most grabbed at the obvious. They applied a simple price ratio of 15 to 16 inches and came up with a reasonable but inaccurate answer of $9.33.

However those leaders who factored the AND into the problem grasped the real question–and the right answer of $9.96. They factored the AND–the shape of the pizza: a circle.

Here’s another study of AND to challenge your leadership thinking.

While reading a newspaper a man sees a near full-page picture of the globe. He torn the page in a dozen small pieces and gave them to his 6 year old boy who liked puzzles. The father was stunned when the boy conquered the world in less than five minutes.

The boy factored his own AND into the problem. The opposite side of the newspaper page featured a large picture of a man’s face. The boy put the map of the world together by focusing his vision on the face.

Then he turned the page over and the pieces of the world became one globe again. Leaders don’t simply grab at what is. They grasp at what it could become. And they command the strategic study of AND.

One AND One is so much more grand than simply adding up to two. Factor it . With your leadership.

Factor the AND  to keep your leadership thinking in mint condition.