Figures of speech to spice your writing skills.   Reading Time 3:12

A word or phrase used as an analogy
to identify another object.

People expect the clergy to have the grace of a swan, the friendliness of a sparrow, the strength of an eagle and the night hours of an owl. And some people expect such a bird to live on the food of a canary. (Rev. Edward Jeffery)

A word or phrase used to compare the resemblance
of two objects, usually following the word like or as.

Eyes can threaten like a loaded pistol, insult like a hiss or kick or by beams of kindness make the heart dance with joy. (Ralph Waldo Emerson)

A word or phrase used
to sound like a sound. 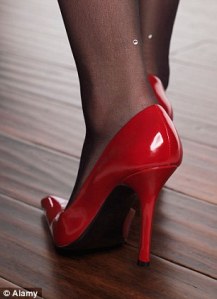 • The floor squealed beneath her high heels.

• The doors whined and groaned as the gale approached.

A word or phrase that evokes a picture in the
mind’s eye that increases memorability and meaning.

• A thimble full of uranium has as much energy as a ton of coal.

• The human heart pumps the equivalent of 1.5 million gallons a year, enough blood in the lifetime to fuel the tanks of 21,100 Boeing jets. 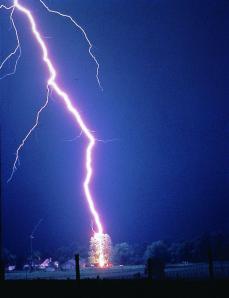 • Lightning travels at 20,000 miles per second and generates temperatures of 27,000 degrees – enough energy to lift an ocean liner six feet in the air.

A word or phrase used in groups of three.

• The peaceful contribution of science—to healing, to enriching life, to freeing the spirit—these are the most important products of nature’s secrets. (Dwight Eisenhower).

• The complacent, the self-indulgent, the soft societies are all about to be swept away with the debris of history. (John F. Kennedy).

• I see one third of the nation ill-housed, ill-clad and ill-nourished. (Franklin Delano Roosevelt)

A word or phrase repeated three or more times.

A group of words near or adjacent
to each other that have similar sounds at the end of the words.

• The campaign against me set record lows for mendacity, brutality and vulgarity. (Judge Robert Bork)

• Instead of merging corporations, purging workers and submerging the economy, we must… (Rev. Jesse Jackson)

A group of words or phrases that are opposites.

A group of three or more sentences structured
with an identical subject-verb sequence or assertion/result consequence.

A word or a phrase that describes
something as having human qualities.

This is a year in which we call for a man who has torn from the throat of treason the tongue of slander. (Robert Ingersoll)

Spice your writing to keep your leadership thinking in mint condition.