Here’s an idea to develop your perspective. Reading time: 4:10

The five-legged animal — positioned at eye-level on a pedestal in the CEO’s office– caught every visitor’s attention.

The replica of an ancient Assyrian sculpture invited on-lookers to evaluate the piece  from various angles,  from front to back, from side to side, from all 360 degree vantage points.

From the front, you could see only two legs. The sculpture looked like a bull. Steady and resolute.

From the side, you could see three legs. The sculpture looked like a tiger.  Prowling and threatening.

The CEO’s message to herself and all who entered her office was clear. Perspective is everything in problem solving. Especially in the executive suite where there is a premium on judgement that embraces more funnel vision than tunnel vision.

Yet. Leaders beware. Where you stand on an issue often depends on where you sit. See previous Leadership Mint on perspective.

Indeed, the most effective leaders evaluate the problem from all angles. They get up and walk around the problem and see it from viewpoint of others. They then can better empathize and strategically define the issue.

Leaders who broaden their perspective broaden their ability to lead creatively and productively. They cut out the bull– raging and singularly focused –and yield more to the tiger in their hearts and souls—searching for opportunities nimble, fast and flexible.

Consider the 7-year-old who ran like a fast and furious tiger to outwit the– “bull-y” pulpit thinking –of his controlling father.

The boy’s father wanted to keep his son busy for 20 minutes so he had time to finish reading his evening newspaper.

The father found a full-page photo of the globe in the newspaper. He tore the page in a dozen pieces and challenged his son to puzzle the globe back together again. The boy loved puzzles. He relished the challenge. And the dad was sure he just bought himself at least another 20 minutes of reading time.

Five minutes later the boy had put the globe “puzzle” back together again. The father was stunned when the boy conquered the world in less than five minutes.

The boy broadened his perspective.

The boy did a 180 en route to completing his 360 degree review of the problem from all sides. He looked on the back side of the torn pieces of globe and noticed four large photos of people in familiar backgrounds like street corners and shops and restaurants.

The boy pasted back together the four faces in the photo fairly quickly since he had a good frame of reference for people’s faces. Then he turned the entire newspaper page over to showcase the globe intact once again.

The boy demonstrated that the most effective leaders problem solve from all points of view. They force themselves to back light their challenges, to view it from a differ perspective. 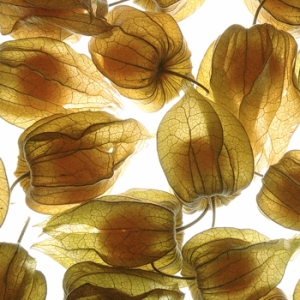 But if you were to back light the plant, the fluffy flowers would give way to a more intricate, more interesting, more intriguing vision.

The light from the reverse angle would reveal the varied vein structure of the plant, a richness always present yet ever absent. Under normal lighting conditions.

If you change your point of view, you literally change the scope of your problem and the way to solve it. New lighting brings new opportunities literally to light.  Sometimes the way to get closure in a problem is to ironically back off. Way back.

Remember that scene in the movie Tootsie, where Dustin Hoffman is dressed like a woman? The director of the television soap opera is trying to make the frumpy character look her best on camera. The director tells the New York City-based camera man not to get a closeup.

Frustrated, the director finally blurts out: “How far back can you pull back to make her look good.” And the equally frustrated camera man deadpans: “How about to Cleveland?”

Or from still another point of view anywhere on the compass: 360 degrees around and beyond.

Strengthen your perspective to keep your leadership thinking in mint condition.