Here’s an idea to help you wear both your manager and leader hats more productively. Reading time: 2:34

Leaders are developed. Through Time. Managers are appointed. For a Time.

President Abraham Lincoln appreciated the critical importance of sauteing leadership over time in a well-oiled, hot pan of situations, conditions and opportunities.

In fact, Lincoln clarified the Time difference required to prepare leaders vs. managers in the following story that caught his Secretary of War by surprise.

During the Civil War, the Confederates captured a Union brigadier general and more than 100 valuable horses. The Secretary of War notified President Lincoln of the loss. The president responded that he mourned the loss of the 100 horses more than the capture of the brigadier general.

The astonished Secretary of War nearly fell off his chair. Something didn’t add up.

The Secretary of War knew first hand of the president’s compassion for humanity in general; the freeing of the slaves that led to the Civil War, the way he shed a tear visiting the injured and dead soldiers on the battle field.

Then the president explained: “I can make another brigadier general in five minutes.” He implied –correctly of course—that it would take a lot longer to replace 100 well-trained, valuable horses. 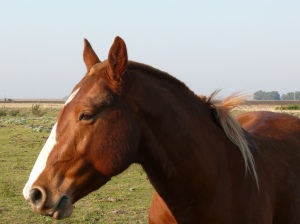 So too are leaders developed through time not merely appointed at a time. A title –or an office—does not a leader make.

Leaders create a hopeful and hope-filled disposition that aligns others, not merely a designated position of a manager that assigns others.

The value of a leaders is too comprehensive be packaged and branded, weighed and labeled. Their leadership contents MUST change as the situations change.

Their leadership balance must adapt and adjust like gyroscope in a topsy-turvy world. Their leadership performance requires the flexibility to respond strategically not the predictability of a manager to react tactically.

The value of a leader is too potent to be confined to a budget account number; their staffs too talented to be regulated and relegated.

No wonder “People don’t want to be managed. They want to be led. Whoever heard of a world manager?” reads the copy for a classic leadership ad in the Wall Street Journal more than 20 years ago paid for by United Technologies under the headline: Get Rid of Management.

Unless of course you rein behind–  more than reign over — others with the poise and professionalism of an effective leader and saddle up for the long haul. Anointed. Not appointed.

Handle the reins more than the reign to keep your leadership thinking in mint condition.