Here’s an idea to enhance your self-confidence. Reading time: 3:43

The rookie baseball player wound himself into a tight ball of tension. He could hardly swing his bat. 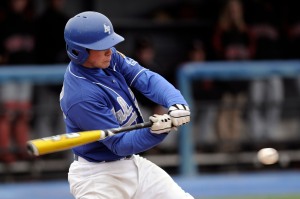 His manager intervened: “If you want to become a great hitter you have to relax. Smile. Be happy like Jim over there.”

The rookie looked towards his teammate and winced. Angrily, he snapped: “Go on. Jim ain’t happy. He only thinks he is.”

Leaders know what they THINK, they are.  Or as Abraham Lincoln noted: “A man can be as happy as he makes up his mind to be. “

That’s what leaders do. They make up their minds.  They reframe their situation.      They stop worrying about what others think of them. They relax.

And they start thinking more about others. About helping others through their personal  performance.

They no longer hide behind their excuse-laden, woe-is-me, fretful and fearful, tension-packed attitude that plagues and paralyzes their predicament.

They embrace the insight of poet Johann Goethe who said: “The greatest evil that can befall a man is that he should come to think ill of himself.”

Leaders do not think ill of themselves no matter how troubling their circumstances, no matter how bad the cards they’ve  been dealt. After all, as Virgil observed: “They can conquer who believe they can.”

The physician, author and father of the Supreme Court Justice, stood only five feet tall. But he stood a lot taller on his leadership principles especially when others taunted him on his Lilliputian likeness:  “How does it feel to be looking up to everyone all the time?

Dr. Holmes would quickly retort: “I feel about like a dime must feel when thrown in with a bunch of nickels — half as big and twice as valuable.”

Leaders know what they think, they are.

When he went bankrupt in 1923, he used the last of his money to buy a one way ticket to Los Angeles.  First Class. He also dressed first class: in a red bow tie and a spiffy checkered jacket.

So what that his business had just failed? He didn’t fail.

His wings were trimmed not clipped. He felt like the bird that Victor Hugo described, “pausing in its flight on boughs too light, feels them give away yet sings knowing she hath wings.”

Leaders have wings. They know what they think, they are.

Consider when Caesar was a young lawyer Pirates captured him on the Mediterranean Sea. They demanded a ransom of 20 talents about $20,000.

Leaders know what they think, they are.

Indeed, as Dr. Wayne Dyer wrote in Your Erroneous Zones : “Self worth cannot be verified by others. You are worthy because you say it is so. If you depend on others for your value: it is other-worth.”

Or As Eleanor Roosevelt used to say: “Remember no one can make you feel inferior without your consent.”

Be poised to keep your leadership thinking in mint condition.