Here’s an idea to help established expectations in a new position. Reading time: 3:04 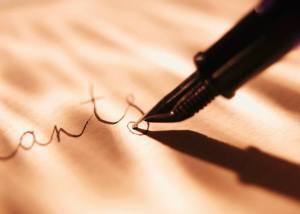 You’ve seen this movie before. And it ain’t pretty. So now what do you do?

Write a new ending of course. This is YOUR movie now. Direct it –the WRITE way.

That’s what a four-star general did when he became Chief of Staff of the US Army. Gordon R. Sullivan refers to his Letters to Commanders in his book  HOPE IS NOT A METHOD , What Business Leaders Can Learn from America’s Army.

Sullivan, launching an all-out offensive to align the heart and soul of his direct reports, wrote letters to commanders “explaining my views, the areas for which they were assuming responsibility and defining my expectation and opening a dialog.” 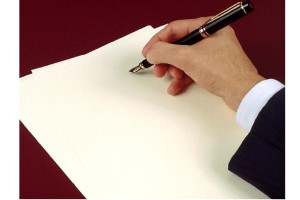 His handwritten letters were hand delivered to subordinates in draft form and designed to solicit shared ownership and authorship with the employee.

They were not a contract or a checklist of the basis of a future report card. They were the beginnings of a dialog because circumstances would change.

Author Percy Smith encourages leaders to write a philosophy letter two to three months after taking a new position to all their direct reports in particular and all employees in general.

In his book TAKING CHARGE, Percy Smith writes: “Using his or her own words, the leader should state the goals and priorities of the organization and particular points of emphasis that are important to a leader .” 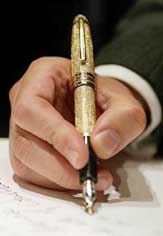 These executives understood the power of the written word “to organized experience” as author James Michener observed; to comfort with insight as author John Updike noted:

“Writing at its inner source is a deeply comforting activity, an ordering and a purging and a bringing into the light what had been hidden an hour before.”

These executives understood the power of the written word to galvanize their thinking, to clarify their purpose, to rectify any misunderstandings.

No wonder that then Chrysler Chairman Lee Iacocca wrote in his autobiography “the discipline of writing something down is the first step toward making it happen.” The pen is mightier than the sword.

Even in commanding an army.