Here’s an idea to help you increase your productivity. Reading time: 3:42

Two percheron horses were pulling a wagon load of people through an apple orchard on a sunny, crisp fall afternoon.

They learned to get ahead they had to stay head to head. In tandem. Nose to nose.

And no wonder that aligning talent nose-to-nose –collaborating –is a key leadership skill for increased productivity and performance. The most effective leaders know that collaborating in general increases speed, enhances power, builds strength and increases overall performance. 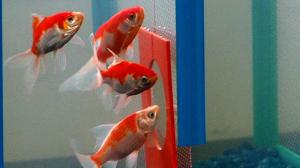 Fish in a maze

Collaborating increases speed. Researchers found that one goldfish —  after four tries — can master a maze in 35 minutes. But collaboratively swimming with other fish they will master that maze five times faster.

Collaborating enhances power. For example, if all of the body’s 639 muscles were pulling in the same direction, you have the equivalent of 25 tons of pulling power.

Collaborating builds strength. Wires paired and twisted together are much stronger than the same number of separate wires.

Two pieces of wood support more weight that the total of weight held by each separately. And chrome, nickel and iron –combined–have a total tensile strength 30 % greater (350,000 pounds) than individually.

With all that collaborating power, the Strategic Air Command found that flight crews performed better collectively over time the more they flew together regardless of how much individual experience each pilot had. 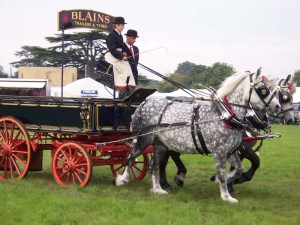 Maybe that’s why Leaders inherently understand the truth in poet Robert Frost’s observation in his poem  The Tuft of Flowers :

Working collaboratively, leaders more fully realize their value TO EACH OTHER, their connection WITH EACH OTHER, and their echoing OF EACH OTHER in appreciating for whom the bell tolls.

It tolls for thee.

That ‘s the insight of English poet John Donne , an insight that author Ernest Hemingway documented in the title of his famous novel:  For Whom the Bell Tolls.

Saluting the collaborative spirit, Donne observed in his Meditation XVII that “No man is an island of itself. Each is a piece of the continent, a part of the main.”  Donne then directly notes his–and our–connection to each other:

“Any man’s death diminishes me,
because I am involved in mankind, and
therefore never send to know
for whom the bell tolls; it tolls for thee.” 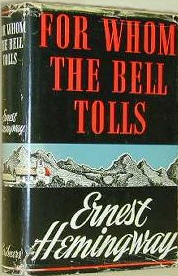 For thee. Collectively. So when that bell rings in a collaborative community, the leader’s commitment to others broadens and their connection to each other strengthens.

As Governor John Winthrop encouraged his fellow colonists shortly before landing in Massachusetts Bay Colony in 1630:

“We must delight in each other,
make others conditions our own,
rejoice together, mourn together,
labor and suffer together.
We must always have before our eyes
our community as members
of the same body.”

That’s what leaders do.

And nose to nose.

Collaborate to keep your leadership thinking in mint condition.