Here’s an idea to enhance your appreciation for creative work. Reading time: 4:14

The custom-made hats in the dress shop looked stunning. And the hat designer was just as captivating.

A crowd of customers had gathered around a ribbon-strewn table. The talented hat designer mesmerized them with his magic, turning a piece of ribbon into a creative one-of-a-kind hat in a few minutes.

The lady, visiting the big city for the first time, was amazed. She just had to have a custom-made hat like that. No matter what the cost.

The crowd dispersed and she found herself alone with the talented hat designer. He obliged.

In 10 minutes he wove a single piece of ribbon into an attention-commanding, one-of-a-kind, custom-designed hat. She was delighted.

But then she saw the invoice.  It cost at least three times what she expected. The lady complained. “A $300 hat in 10 minutes made out of ribbon?”

The hat designer unraveled the ribbon with none of the flair that he had in transforming it into a hat. Then he handed the ribbon to her, saying: “Madam, the ribbon is free. “

Indeed the lady got the message. The hard way.

She was paying for the ribbon master’s creativity and ingenuity honed over years of trial and error and fueled with a passion to turn a lifeless ribbon into a stunning hat.

In essence she was paying for the hat designer’s creative leadership in his field. She was paying him for doing what leaders do best: add value to people, to ideas, to things. Personally. Transformatively. Beneficially.

That’s why most effective leaders take the time to explain the leadership difference.  They help others discern creative output and gain greater respect and appreciation for the creative process. Then their followers can learn the easy way.

But first the most effective leaders build a House of Intellect to establish their creative leadership. They explain to their followers the importance of joining them on the third floor of that House of Intellect where innovation and imagination reside, according to the three-floor model of knowledge that author and physician Oliver Wendell Holmes described.

1. On the first floor, facts live.

2. On the second floor, those facts are organized and analyzed, compared and contrasted.

3. On  the third floor, those organized and analyzed facts are viewed though the filter of one’s imagination. 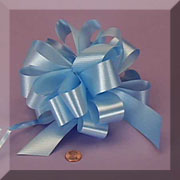 Leaders focus on that creative view from the third floor.

The leader’s challenge of course is in truly “knowing” their own value without deluding themselves and others. Maybe that’s why Confucius once drew a distinct difference between knowing it all and know-it alls:

To help you better know yourself as a leader, consider this Arabian proverb on the value of personal knowledge and your emotional intelligence:

He who knows and KNOWS he knows is wise. Follow him.

He who knows and knows NOT he knows is asleep. Wake him.

He who knows not and knows NOT he KNOWS NOT is a fool. Shun him.

He who knows not and KNOWS he KNOWS NOT is a child. Teach him.

Leverage that discerning knowledge in your House of Intellect and you’ll never have to pull a string again to get something done.

Just a ribbon. Your own personal ribbon. Creatively !

Leverage your knowledge to keep your leadership thinking in mint condition.