Here’s an idea to enhance your ethical behavior. Reading time: 3:35

Blindly placing a gum wrapper in the ash tray, he drove out of the car rental lot and into the darkness. Or was that into the oblivion?

At least it seemed that way. 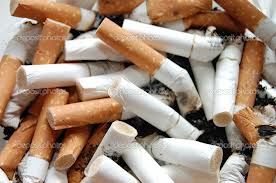 Suddenly, he felt as if someone had punched him hard in the gut. He was hurt — offended more than beaten; betrayed more than bedraggled.

He sneered at that cigarette-strewn ash tray in his Avis car rental. He groused that just because he writes Avis ads for a living “that doesn’t make me a paid liar.” He grumbled, “If Avis can’t, live up to its advertising, they can get themselves a new boy.”

That’s what leaders do. They preserve, protect and promote their honor. With integrity. And often these honorable leaders influence corporations to honor their honor.

In fact copywriter David Herzbrun’s personal conviction to integrity in his advertising copy influenced Avis to approve paid advertisements apologizing for the cigarette-strew ashtray in his car rental.

Indeed, leaders honor their honor with a keen sense of duty to themselves and the institutions they represent.

Consider Louis B. Mayer, the Hollywood movie executive. He  honored his honor when he cut short his visit with President Franklin Delano Roosevelt at the White House. Or so the story goes, apocryphal or not.

Mayer took off his wristwatch, placed it on the president’s desk and said to the most powerful man in the free world:

“Mr. President, I’m told that when anyone spends 18 minutes with you, you have him or her in your pocket.”

Indeed, leaders like Louis B. Mayer honor their honor with a keen sense of duty to themselves and the institutions they represent.

Consider Teddy Roosevelt. He fired a ranch-hand when he found him branding an unmarked steer that was found on Roosevelt’s neighbor’s land. The rancher was putting Roosevelt’s brand on the steer because he said he always wanted to please his boss. Infuriated, Roosevelt said:

Indeed, leaders like Teddy Roosevelt, honor their honor with a keen sense of duty to themselves and the institutions they represent.

Consider John Adams.  Twenty seven years  before would become the second president of the United States, Adams played a critical role in honoring his honor as an attorney in general and his personal commitment to assuring a fair trial for all.

It happened following the Boston Massacre on March 5, 1770. British soldiers, pushed back by a hostile crowd, killed five unarmed colonists in a riot. All of Boston was outraged. Eight soldiers were arrested and tried.

Especially when they’re strewn all over an ash tray in a rented car and lighting up your personal honor.

Honor your duty to keep your leadership thinking in mint condition.