Here’s an idea to help you face an adversarial audience. Reading time: 2:46

It’s scary. You step up to the podium and all you hear are boos. All you see are sneers. And all you feel is tension.

You wonder if you just stepped on a guillotine. After all, this audience can’t stand to look at you much less listen to you.

That’s when the most effective leaders demonstrate how to disagree agreeably.

‘Friends, Romans, countrymen,
lend me your ears; I come to bury Caesar,
not to praise him. The evil that men do
lives after them. The good is oft interred
with their bones. So let it be with Caesar.’’

Antony skillfully disagrees so agreeably that he finds common ground. He’s one of them. 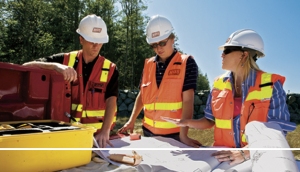 He reminds his audience of their own former favorable relationship with Julius Caesar:

“You all did love him once—
not without cause.
What cause withholds you to mourn for him?
My heart is in the coffin there with Caesar
and I must pause until it comes back to me.”

Antony reaffirms his common ground with the audience by not directly confronting Brutus since most in the audience agreed with Brutus. So Antony says outright:

“I speak not to disapprove of what Brutus
spoke but here I am to speak what I do know.”

Antony then states a fact that is contrary to the opinion of Brutus. Then Antony says with his tongue-in-cheek that Brutus is an honorable man. He disagrees agreeably, saying Brutus deplored Caesar for being too ambitious.

Antony agrees with Brutus that ambition is a “grievous fault.” But then observes from his personal experience that Caesar did not covet power or ambition.

“I thrice presented him
a kingly crown, which he did thrice refuse.
Was this ambition? Yet Brutus says
he was ambitious and (Brutus)
is an honorable man.”

In disagreeing agreeably he turns the crowd from its support of Brutus to the target of its wrath.

Let’s summarize the leadership lesson that Mark Antony teaches us all in dealing with people who don’t agree from the opening gambit.

FIRST Antony builds common ground. He shows up at the burial of Caesar and announces that he is there for the same reason his audience is there: to bury Caesar.

SECOND he agrees with the audience who thinks Brutus was an honorable man.

THIRD he informs the audience of a fact that is directly opposite of what Brutus has said in the past.

FOURTH, Antony then softens that criticism by reminding himself and his audience that Brutus is an honorable man.

The more he speaks of how honorable Brutus is, the more the audience comes to the opposite conclusion. The audience gets Antony’s key message: Brutus has sold you a bill of goods and I am here to defend my buddy, Caesar.

Use your conflict management leadership skills to turn the jeers and sneers into attentive ears  if not cheers. Walk the plank into the emotional sea of your adversaries. And land on common ground.

Disagree agreeably to keep your leadership thinking in mint condition.