Here’s an idea to strengthen your personal brand. Reading time: 3:22.

What’s your signature brand– some artifact or gesture –that sets you apart from others in the same field as you; something that establishes your personal “theme song?”

Lawrence Welk, the band leader, always enveloped himself in soap-bubbles masquerading as champagne bubbles to augment his Bubbles-in-the-Wine theme song. 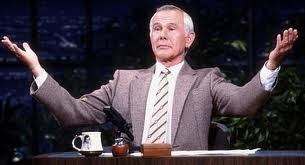 Johnny Carson, former host of the Tonight Show on NBC-TV, concluded his nightly monologue with his clubless golf swing.

Indeed, the most effective leaders differentiate their organizations visually for added memorability and relevancy. 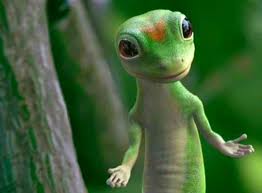 For example in pre-American Revolutionary War days, Ben Franklin’s newspaper in Pennsylvania pictured the image of a snake cut in eight different sections. The headline screamed with little subtlety: “Join or Die.”

In 1777, George Washington’s soldiers all wore a sprig of green as an emblem of hope against devastating odds as they paraded in Philadelphia one day before British navy overwhelmed them. And in 1862, Abraham Lincoln virtually bit the bullet during the Civil War in support of a powerful image.

Lincoln’s Secretary of War wanted to make bullets out of the 9 million pounds of iron planned to repair the dome atop the Capitol building. Lincoln saw a more critical need in arming the United States with an image. Lincoln said: “We will build the dome as a symbol that our nation will go on.”

Business thrives on imagery –from the stability of the Prudential Rock to the  Good Hands  of AllState Insurance to the Umbrella of the Travelers Insurance. Consumers thrive on imagery — from the Jolly Green Giant to the Pillsbury Doughboy to the GEICO gecko. Even Santa’s red-suited, ruddy-faced, white-bearded look was born in the 1930s as an advertising campaign to sell Coca-Cola.

Look for ways to brand your leadership image. Consider the art you display in your office or the candy dish you make available to your guests. One leader featured a large glass bottle of colorful jelly beans on her desk to champion diversity.

Another leader hung a beaded string curtain door that reminded visitors they were entering an 1960s rock music era inner sanctum where innovative ideas were to be fleshed out (smoked out?). Lava light optional.

Find your “theme song” and play in over and over again to help others appreciate your leadership brand and more readily dance to your music.  Collaboratively and creatively.

Play your theme song to keep your leadership thinking in mint condition.