You are tasked to lead 12 entry level employees
in a leadership development workshop on public speaking.
More than half of the class fears
public speaking and the other half
would rather be anywhere else.  What do you do?
Consider the following speech that one leader delivered to
reframe public speaking as a skill that breathes
life into you rather than scares you half to death. 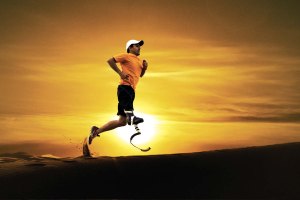 If I were not an adult or even a child, I probably wouldn’t be standing and I certainly wouldn’t be speaking. I’d be on my hands and knees,  screaming  not speaking because I was a baby.

And I would be an infant in more ways than one since the word “Infant” comes from the Latin word meaning “unable to speak.”

But I am not an infant. I am able to speak. I am able to break through the sound barrier and soar higher and higher on the wings of speech. Growing from a baby, growing into a child, growing up to become a man.

For the first 6 years of her life, Isabelle could not speak. She was locked in her own prison of silence. Isabelle was raised by a mom who could neither speak nor hear.

They had few visitors in the darkened room where they lived in her grandfather’s house—all but abandoned from the outside world.

When authorities finally rescued Isabelle from her personal prison of silence, the only sounds she could make was a grunt. But within a week, she could sound out words. In two months she was putting sentences together. In 18 months, she had a vocabulary of 2,000 words. And in less than five years, Isabelle’s IQ tripled.

Awakening to a Delicious Music

Yes speech breaths life, especially into INFANTS –THOSE UNABLE TO SPEAK. That’s why Marie Montessori writes in her book The  Absorbent Mind. 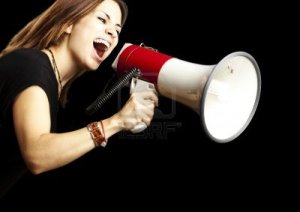 These ordinary people were actors in the ancient Rome. They wore masks to define their characters.

Each mask featured a kind of megaphone for the actor to speak through to project his personality, to breathe life into his character.

In fact the word, Person, comes from the Latin “per” that means “through” and “sonare” that means, “to speak.” So a Person is literally one who speaks through.

Yes, Speech breathes life, as we have seen, UNLOCKING the doors to childhood and adulthood for a 6-year-old infant, UNLEASHING vibrant and brilliant personalities, and  now UNCOVERING a treasure chest of hope that sparkled despite the dark gloomy days of the Great Depression and World War II.

No wonder, historians say FDR’s fireside chats were so meaningful, so memorable, and so therapeutic to a depressed country. The president of the United States –Franklin Delano Roosevelt spoke personally on the radio—so personally that his radio addresses were called chats.

Thirty times from 1933 to 1944, through the Great Depression and through World War II, he spoke so plainly to what he called “my friends” that historians have written that many Americans felt he had walked into their living rooms, sat down on the sofa and simply explained the tense issues of the day.

His words like so many compact presses on an open wound. Soothing and Salving. And breathing life into a suffocating nation.

Yes speech breathes life. As FDR proved in his fireside chats, speech keeps us connected to each other, and vitally engaged with each other. Helen Keller who was both blind and deaf said that being unable to hear is worse than not being able to see.

Unable to hear, we lose what Helen Keller called “ the most vital stimulus  —the sound of the voice that brings language, sets thought astir and keeps us in the intellectual company of man.”

Indeed, Speech turns the groping, crawling, struggling infant in all of us into a driving, thriving vying adults that is each of us.

And so in summary we have seen that your speaking voice can: HEIGHTEN a 6-year-old’s growth out of obscurity and neglect; LIVEN a personality that turns the ordinary into the extraordinary performer on the stage of life and BRIGHTEN the gloom and doom of millions suffering through a Great Depression and a World War.