Here’s an idea to check your ego to become more productive. Reading time: 2:06. 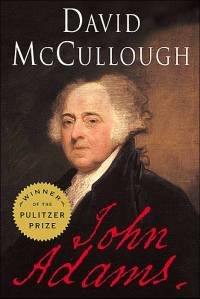 The next time you’re stuck in a meeting where the words are flying hot and heavy –more on egos and arrogance than on facts and figures —take a deep breath.

Bombast and bravura seemingly have always exploded when the best and the brightest convene. Yet the most effective leaders stay alert to keep from the breathing their own exhaust.

The bluster  and the braggadocio of most of the 54 delegates– who all thought they each were the smartest in the room — whipped in every speech even on the most mundane of issues. That grandstanding made Adams very uncomfortable, according to historian David McCullough’s biography of John Adams.

In a letter to his wife Abigale, John Adams is both amazed and appalled at the assembly of the best and brightest –the framers that would begin building the framework for what would become  two years later the United States of America.

“This assembly is like no other that even existed,” Adams tells his wife Abigale. “Every man in it is a great man—an orator, a critic, a statesman, and therefore EVERY man upon EVERY question must show his oratory, his criticism, and his political abilities.

Cooling Off The Verbal Hot Air

Adams thought all that verbal hot air marginalized the important work of the Congress and forced them to spend a lot of time spinning their wheels, exaggerating the trivial and drawing out the real business to what Adams said was an “immeasureable length.” So many egos, so little time.

Adams was clearly frustrated. He said:  “I believe if it was moved and seconded that we should come to a resolution that three and two make five, we should be entertained with logic and rhetoric, law, history, politics and mathematics concerning the subject for two whole days and then we should pass the resolution unanimously in the affirmative.”

Beware of breathing your own hot air and burning out the spirit and initiative of others. They have ideas sparking in the kindling that need to be fanned. Not blown away.

Pay attention to others to keep your leadership thinking in mint condition.