This is the last in a Series of 5 posts
on Rhetorical Tips and Techniques
that President Obama could have used
to make his Second Inaugural Address
more memorable. 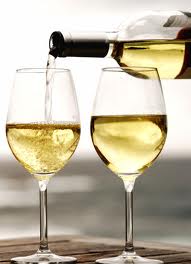 Pacing is a speech writing tip that President Obama could have used to make sure his worldwide audience would savor the verbal champagne he poured from the podium  long after it was consumed on Inauguration Day . Instead it fell flat.

Click here for a final restructuring of President Obama’s Inaugural Address– in this last of a 5 part series on speech writing tips- to see how the President could have accelerated  the pace of the speech and exhilarated his audience on a roller coaster ride.

Study that restructured Inaugural speech to see how President Obama could have commanded greater attention and retention of his message in much the same way a symphony orchestra builds to a crescendo. Notice how the use of repetitive phases and short sentences speed the speech to its climactic ending.  Compare  that product of this 5-part series to Obama’s  Original Script.

Compare that flat performance to his  2007 speech to the NCAAP or  his 2008 victory speech following the Virginia Primary or his 2008 Election Night speech. 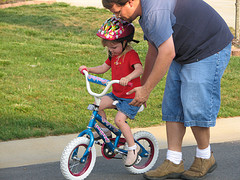 Pacing is also dependent on your point of view.  It’s is too tempting to write more for your lips than their ears.  It’s too tempting to push a first time bicycle rider instead of guiding him or her to  gradually start pedaling by themselves.  Beware of pushing too fast for your audience to follow.  See Part I in this series on the Explainer-in Chief.

Your Audience Wants a Verbal Hook

To combat your tendency to teach and preach from the podium, consider taking a look at what you consider the final draft of your speech. Scan down 10 or 12 paragraphs and ask yourself if you could start your speech, there at the 10th or 12 paragraph. Chances are you will open with a stronger attention getter. Then you can use those other nine paragraphs later in your speech to flesh out the context of your remarks.

Audiences always want to hear your content first, then the context.  The teacher in you prefers the context first approach and that’s why what you assume will be a well-received speech instead falls flat. The audience always wants a verbal hook to hang onto.

You’ll find plenty verbal hooks in the Restructured Inaugural, include the use of a memorable opening as discussed in Part II ; metaphors and transitional phrases in Part III and a call to action and repetitive phrases in Part IV.

Memorable or Miserable?  E-mail to  peterjeff@charter.net