This is the 2nd in a series of 5 posts
on Rhetorical Tips and Techniques
that President Obama could have used
to make his Second Inaugural Address
more memorable.
Boldface indicates
a departure from the original script.

Scrap the preamble. That’s what President Barack Obama could have done to make the opening of his Inaugural Address more memorable. He could have begun with the pizzazz of a spectacular fireworks display. 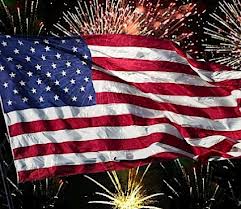 Instead, he dragged his audience through a 5-minute-9-second preamble before sparking the first splattering of applause. (President Kennedy needed just half as much time to elicit his inaugural’s first applause at 2:26.)

Obama’s sin? He buried the “lede” in the parlance of journalists.

In fact,  Mr. Obama could have begun his speech with his 10th paragraph. That’s right the first 9 paragraphs were not IMMEDIATELY relevant to an audience. The audience listened for a verbal hook to hang on to. Instead they got hung up on a twirling lasseau of platitudes. In the parlance of the texting world: TMI –Too Much Information. For more detail on TMI see Part I in this series on the President’s memorability mistake in becoming the Explainer-in-Chief.

Seize The Opportunity Together

Let’s open with a fireworks display that captures the attention of the audience. Go to that 10th paragraph in the original script. Notice how this opening engages the audience more directly and immediately establishes the theme : Seizing the Opportunity Together.

Then task the audience to engage with you.
Too many speakers wait until the end of he speech
to ask the audience to climb on board.  Mr. Obama would have sparked more memorability
for his message if he brought these next paragraphs up
from the end (paragraph 25 in his original) and inserted them here in paragraph 2
to reinforce the memorability of the opening like this:

Then introduce the concept of Collective Action to
reinforce the theme of seizing together.
Begin with paragraph 11 in the original like this:

After all You and I have always understood that when times change so must we; that fidelity to our founding principles requires new responses to new challenges; that preserving our individual freedoms ultimately requires collective action.  For the American people can no more meet the demands of today’s world by acting alone than American soldiers could have met the forces of fascism or communism with muskets and militias.

Then reinforce the seizing together theme with a series of
repetitive sentence constructions saluting Collective Action like this:

Collectively, we the people, understand that our country cannot succeed when a shrinking few do very well and growing many barely make it. 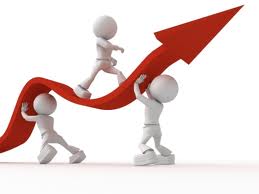 Collectively, we the people, believe that America’s  prosperity must rest upon the broad shoulders of a rising middle class.

Collectively, we the people, know that America thrives when every person can find independence and pride in their work;  when the wages of honest labor liberate families from the brink of hardship.

Collectively, we the people, are true to our creed when a little girl born into the bleakest poverty knows that she has the same chance to succeed as anybody else because she is an American, she is free and she is equal not just in the eyes of God but in our own.

Collectively we the people, recognize that no matter how responsibly we live our lives, any one of us , at any time may face a job loss, or a sudden illness or a home swept away in a terrible storm.

Then establish the critical need for social programs
that are vital to the seizing-opportunity-together theme
Notice how the tug-of-war metaphor more visually reinforces
the memorability of the message.

That’s why we the people still believe that every citizen deserves a basic measure of security and dignity; that no citizen should ever be caught in a tug of war between the generation that’s investing in this country and the generation that will build its future. We are all on the same side tugging at the ropes of freedom to climb higher and higher together.

Then use a rhyming technique to reinforce
the significance in reaching out to all.

For  freedom is NOT RESERVED for the lucky few.  Freedom is NOT PRESERVED for the happiness of some. Freedom is DESERVED as the right of all.   We the people still believe that every citizen deserves a basic measure of security and dignity. For we remember the lessons of our past, when twilight years were spent in poverty and parents of a child with a disability had nowhere to turn.

Use a “That’s Why” construction to
more directly link the social safety net
to our collective prosperity.

That’s why we must make the hard choices to reduce the cost of health care and the size of our deficit.

That’s why the commitments we the people make to each other – through Medicare, and Medicaid, and Social Security.

These COMMITMENTS  (not things as in original script)—do not sap our initiative; they strengthen us.

The President’s original text said “They do not make us a nation of takers; they free us to take the risks that made this country great.” But how? Be more specific. Be more real, more memorable. Risk is subjective and open to argument. The audience can more fully grasp the potency of “builders, doers and investors.” There is less room for debate in the efficacy of builders, doers and investors seizing the opportunity together.

Memorable or Miserable?  E-mail to  peterjeff@charter.net