Here’s an idea to spark your imagination to higher horizons. Reading time: 2:53.

Even as a teenager, Albert Einstein climbed to new vantage points and envisioned things that most had never even thought of before . As an energetic 16-year-old, he climbed the 8,000 foot Mount Santis in the Swiss Alps-and gave us all a glimpse of his visionary leadership. 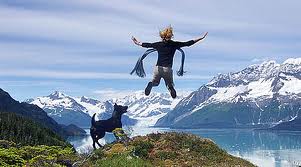 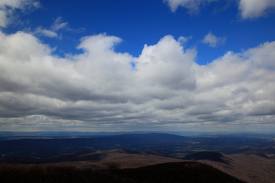 There on top of the mountain, Albert Einstein stood amazed –and almost in a daze at the sparkling rays.

There above the treeline and overlooking the clouds below, Einstein marveled at the brilliant spectacle of light — its purity and precision, its might and majesty– that captured his imagination. “Could you run after a beam of light” he wondered.

That ability to gain a new vantage point, to see farther –and further– ahead is a key leadership skill.  Climbing that mountain sparked Einstein’s awe and wonder at the wild blue yonder. From there he saw light as never before, light that enlightened his mind later to open the door for the brilliance of space travel, for atomic power and for television.

Touching the Face of a New Idea 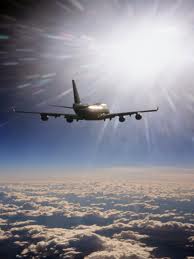 Indeed, Albert Einstein had taken the first step toward greatness. He stopped paying attention to what he already knew and made a connection to something new. He gained access. He climbed up to a new level and gazed upon a higher horizon.

Indeed all  leaders should take Einstein’s lead and  climb above the fray where you will see things anew. Keep your heads ABOVE  the clouds instead of  in the clouds.

Remind yourself often of the exhilaration in getting ABOVE the proverbial clouds in your business. Commit an  inspiring phrase or two  in the poem High Flight to your memory banks.

Let those inspiring phrases roll off your lips like so many mantras to enhance your performance and broaden your vision high atop the clouds. Consider Adapting and adopting this poem — High Flight — as your leadership mantra. That’s what I did. I adapted the last two words of this poem to focus more directly on creativity. 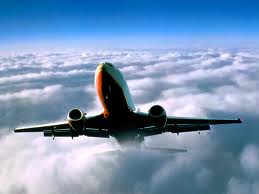 Oh, slip the surly bonds of earth and dance the skies on laughter-silvered wings.

Sunward, climb and join the tumbling mirth of sun-split clouds and do a hundred things you have never even dreamed of.

Wheeling, soaring and swinging high in the sunlit silence, I chase the shouting wind along and fling my eager craft through footless hall of air.

I top the windswept heights with easy grace where never lark nor even eagle flew.

And there along the delirious burning blue ..in the sunlit silence. I fly the high untrespassed sanctity of space.

Put out my hand and touch the face —- of a NEW IDEA.

Climb up to new heights to keep your leadership thinking in mint condition.