Here’s an idea to help your audience better retain the message of your next speech.  Reading time: 3:12.

Think of yourself climbing into the driver’s seat the next time you step on a podium or up to a lectern. Now take your audience for a joy ride. Let them feel in the pit of their stomachs just how exhilarated you feel about your subject. Now step on it! 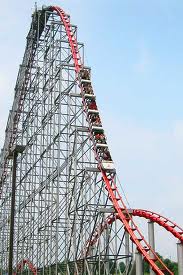 Yet too often I hear overly excited leaders with their foot slammed down on the accelerator screaming with the passion of a preacher seemingly for miles.  Too much. Then I hear other even more zealous leaders shifting into an even higher gear and rattling off facts like a professional auctioneer. Too fast. But mostly I hear leaders riding the brake, unsure of where they’re going and doling out fact after fact, drip by drip, in a tepid monotone. Too slow.

Pace yourself. Pacing is the key to an effective speech delivery–assuming the content is tailored to the audience’s interests, concerns and needs.

To help me remember the importance of pacing whenever I deliver  a speech, I  think of taking my audience on a roller coaster ride. I always like the suspenseful build up point by point by point, just like the roller coaster clicks along the tracks as it climbs that first incline, every so slowly and then halts briefly at the top before soaring down the incline. Weeeeeeeeeeeee!

Indeed, the most effective leaders I’ve known use the pacing technique to heighten the interest, build a sense of urgency in your message and better govern the volume 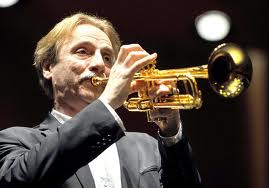 Like music in a concert hall, effective speech can be performed from the soft sound to a crescendo of orchestration. Like trumpets blaring, loud speech commands your attention—the Pilgrims even believed the louder you sang in a more lively tempo the more readily God would hear their singing and praying.

Startle Your Audience With Silence

Yet moderation is the key. Slow down the pace and you soften the volume. Beginning at the soft end of the loudness scale, the effective speaker can play his words with incremental volume much like Maurice Ravel composed Bolero as a single melody that gets progressively louder and LOUDER as it is repeated.

The opposite extreme is also a key skill both in playing music and in public speaking. Silence. The silence rendered in a pregnant pause can be deafening. Periodic pauses pack a punch. Even a whisper can command the attention of the restless audience. Oliver Wendell Holmes once said “Talking is like playing on a harp. There is as much laying the hands on the strings to stop the vibrations as in twanging them to bring out their music.”

Surprise your audience. Startle them with silence. Sneak up on them with a pregnant pause the way composer Joseph Haydn does in Symphony No. 94. In the 16th measure of the second movement, there is a single loud chord and then silence.

Vary your pace in public speaking to keep your leadership thinking in mint condition.