Here’s an idea to help you better cope with stress. Reading time: 2:44.

I was walking along a corridor at a Juvenile Delinquent Center with Darlene, one of the staffers, when we were verbally assaulted.  “You bitch!” blurted the angry teenager.   Darlene, poised and confident, paused. She looked deep into the glowering eyes of the teenager. His pulsating veins danced frantically in his neck. His voice grumbled and rumbled with anger.

“Now just a minute,” Darlene shot back, firing her words like bullets between the eyes of the teenager. “Have I ever called you anything but your given name? Have I ever shown you any disrespect for who you are as a person? What gives you the right to call me anything but my given name?”

The teenager lowered his eyes and lower his voice. “Yeah, Yeah,” he mumbled more to himself than anyone else. The veins in his neck slowed their dance from a reggae to a ballet . “Yeah, Yeah,” he repeated, as Darlene’s eyes beamed a warm glow on him that he felt more than he saw.

He walked out of the gymnasium at the detention center, leaving behind his anger. He thought to himself that this might have been the first time that someone really did respect him as a person.

Darlene demonstrated a key leadership skill:  Love the sinner;  hate the sin.  Darlene could have reacted to the teenager with her own passionate barrage of verbal abuse or authoritarian measures. Darlene could have taken charge of that situation. 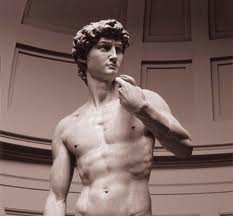 Leaders Generate A Spark In Others

But loving leaders do not have to TAKE charge. They are always in charge of themselves, always in charge of sparking others to behave –to perform– even better than they think they can. Loving leaders generate a spark that fires the creative juices to flow in another person much like an electrical current that energizes, electrifies and empowers. Leaders see the gold beneath the dirt.

Leaders see the faces of integrity beaming through the rock much like the sculptor saw the 60-foot tall faces of George Washington, Abraham Lincoln, Thomas Jefferson and Teddy Roosevelt even before he took the first chisel to Mount Rushmore. Gutzon Borglum said his creation was simply a matter of removing unwanted rock and bringing out the best of what was already there.

Borglum knew how Michelangelo felt when he said before sculpting his famous David that the “shape is already in the stone.” As Andrew Carnegie once said: “You develop people in the same way you mine for gold. In the gold mine you move tons of dirt to find an ounce of gold. You don’t look for the dirt. You look for the gold.” Even if someone first calls you a “bitch.”

Respect all, even those who disrespect you to keep your leadership thinking in mint condition.