Here’s an idea to help you stay the course against the odds. Reading time: 3:12

Anything is possible.  At least that’s the message I like to tell myself every spring with the baseball season opener.

Indeed all leaders need to periodically go out of their way to figuratively smell the freshly cut grass of their own version of a baseball diamond that seemingly exhilarates with a sense of renewal, a sense of rejuvenation,  a sense that anything is possible.

Recall the 2004  Boston Red Sox, losing their first three games and  on the brink of elimination in the best of seven games series, battled back to win the American League Championship Series over the New York Yankees — the same Yankees that had beaten them 19-8 in the third game of that series.

In 2006, Michigan State engineered the biggest comeback in collegiate football history, over Northwestern. Trailing 38-3 with 9:54 remaining in the 3rd quarter, Michigan State rallied to score 38  unanswered points to defeat Northwestern 41-38. Anything is possible.

Down by 7 Strokes Gary Player Wins The Masters 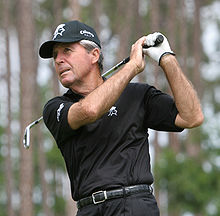 Gary Player came from seven stokes behind on the final round to win the 1978 Masters Golf Championship.

Golf professional Gary Player, trailing by seven strokes on the final round of play, won the 1978 Masters Championship  with a flurry of six birdies in the last nine holes. Read previous post on Ben Hogan’s US Open victory in 1950 against overwhelming odds. Anything is possible.

In 1972, Finland’s Lasse Viren tripped and fell during the 10,000 meter final, yet battled back to win the Olympic Gold medal. Read previous posts on Adversity Sparking Exemplary Performance.Anything is possible.

In 1942, the Toronto Maples Leafs, on the bring of elimination in losing its first three games in a best of seven series, battled back to win the National Hockey League’s Stanley Cup over the Detroit Red Wings. Anything is possible.

When you’re facing tough odds, think of your situation as fuel for the fire in your belly and Tebow it.

Think of Tim Tebow quarterbacking the Denver Broncos this past NFL season to six come- from-behind fourth quarter wins , including three in overtime.  In one of those overtime victories, Tebow rallied Denver from a 15–0 deficit in the last three minutes to stun the Miami Dolphins , 18–15.  in overtime. Denver became the first team in NFL history to win a game after being down by at least 15 points with three minutes to play in a game.

Yes, anything is possible. At least on opening day.

Rejuvenate your outlook regularly to keep your leadership thinking in mint condition.