Here’s an idea to help you persuade  audiences with more than your words. Reading time: 2:49. 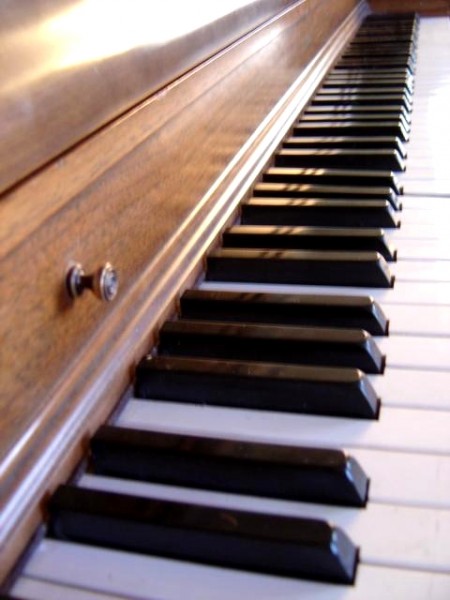 Mark Twain, the famous author and humorist,  was getting dressed one morning.

Twain then unleashed a swirl of swear words. His wife, standing right behind him, heard every word. She methodically repeated every word back to him in hopes of embarrassing her husband.

Twain took it all in and then said: “You have the words, but not the music.”

The most effective leaders I know have both the words and the music in their voice. They use the tone of their voice to articulate even more meaning and memorability. Even with one word musically delivered.

The turbulence in his voice articulates the vastness of the universe. The trembling whisper in his voice soars through light years of awe, wonder and mystery. And the rumbling of his voice  echoing the void of space.

And like music in a concert hall, the voice isn’t the only instrument of sound. So are the fists, knocking on a table like an ominous drum beat.

No Words Spoken: Just  56 Knocks On a Table in 81 Seconds

Who can ever forget the way a US Senator opened a news conference with something more memorable than words?

He knocked on a table in a rhythmic beat, 56 times in 81 seconds, resonating with each of the 56 blows that Rodney King suffered in 81 seconds at the hands of the Los Angeles police in 1992.

The senator –Bill Bradley of New Jersey – let his fist talk for him. No words were spoken throughout that 81 seconds of attention-commanding communication that underscores a significant leadership communications skill: Leaders don’t make speeches; they orchestrate a message.  With lyrics AND music.

Today’s ImproveMINT
Communicate with passion to keep your leadership thinking in mint condition.