This is the 4th of a 10-part series on Customer Leadership.

In this LEADERSHIP MINTS series, we celebrate the 100th anniversary of Steelcase Inc. (founded March 16, 1912) and salute their Customer Leaders (a.k.a employees).
Those highly motivated Customer Leaders have consistently helped the Grand Rapids, Michigan-based company reign as the office-furniture industry leader for most of its 100 years in business.

Here’s an example of a Customer Leader solving an installation problem on her own time.

Bare foot and sopping wet in her bathing suit, Brook groped in the darkened and deserted warehouse of a Steelcase dealer on a Saturday afternoon.

The Steelcase dealer sales representative was on a mission, a mission to insure that the installation of 50 workstations would begin TODAY in time for the customer to move in on Monday morning, just 42 hours away.

This was the launch of a big job —420 Steelcase workstations —installed in phases over 12 consecutive weekends. And expectations were running high. The customer was on site to be sure all was going well.

But all was NOT going well. The installation was in jeopardy. The installers needed 11 more electrical connectors.

Without those six-inch-long connectors the installation would have to be stopped. What to do?

After all, this was Saturday. It would be impossible to order the parts in time. The installers called Brook. She wasn’t home.

Brook and her nine-year old daughter were swimming in a public pool nearly two miles away. Brook couldn’t be reached by phone, her husband John told the installers. John immediately drove to the pool to relay the emergency to his surprised wife who thought she just left him at home.

Brook, her hair drenched in the stench of chlorine, had to find a public telephone fast. Her cell phone had been stolen from her car a couple days before.  Brook found the public telephone while her daughter tugged  at her to get back in the  swimming pool. Picture the scene:  kids screaming and having fun swimming in the background and Brook’s daughter anxious to join those kids having fun and then there is Brook, calm and collected–albeit it soaked and dripping– telephoning the installers. Harry, the electrician, told Brook that he needed the 11 electrical connectors within the next two hours. Or else! Or else the installation would have to stop. 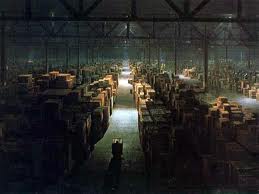 Still bare foot and clothed only in her soaked bathing suit, Brook immediately drove 30 minutes to her dealership (first dropping off her daughter at home with her dad).  The dealership was closed for the weekend. Brook found a way to get into the locked dealership and quickly scouted out the connectors in the warehouse.  It was hot, dark and dusty since the electricity — and the air-conditioning — was shut down for the weekend.  No problem. Brook  groped and groped in the dark. She would not be denied.

Wedging herself behind a pillar, Brook emerged with dirt on her face and dust all over her bathing suit. She waved the dog-bone shaped connectors in her hands. Bare-foot Brook, in her dirty and dusty bathing suit that wreaked of chlorine, pooled her resources and delivered the connectors. On time.

And I learned a critical leadership lesson: stay connected. Not just electrically. Not just physically. But socially. What would have happened if Brook’s husband didn’t intercept the phone call and act as quickly as he did? He knew how critical it was to reach his wife at the public swimming pool.  And the installers were of course well connected. They knew who to call in a crisis. They would brook no resistance in getting Brook’s assistance!

Today’s ImproveMINT
Stay engaged in every facet of the sales process even in your off time to keep your leadership thinking in mint condition.

Let Your Competition Work For You