This is the 3rd of a 10-part series on Customer Leadership.

In this LEADERSHIP MINTS series, we celebrate the 100th anniversary of Steelcase Inc. (founded March 16, 1912) and salute their Customer Leaders (a.k.a employees). Those highly motivated Customer Leaders have consistently helped the Grand Rapids, Michigan-based company reign as the office-furniture industry leader for most of its 100 years in business.

Here’s an example of a motivated production worker who breathes quality into the production process.

For more than 41 years, a Steelcase Chair Plant production worker maintained Perfect Attendance. NO unexcused absences. Not even a bloody hand injury and 18 stitches OFF the job could keep Diligent Dick from showing up to work on time just 10 hours later. 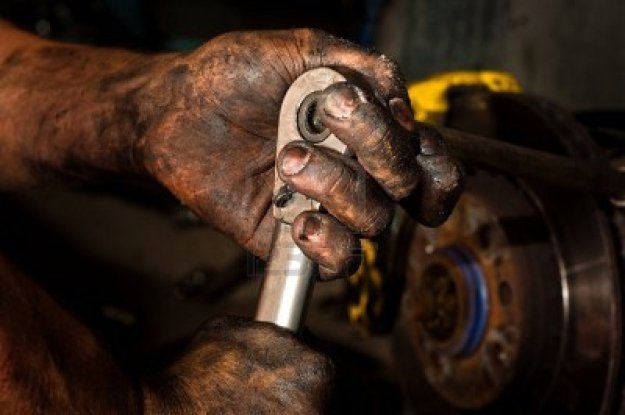 Diligent Dick had strong hands like these and an even stronger disposition in forging 41 years of Perfect Attendance at Steelcase Inc.

So what if the nearest plowed road is 400 yards away from his door?

So what if his snowed-in driveway is at least five times longer than any of his neighbors’ driveways?

Diligent Dick would get up at 2:30 am to shovel his driveway and still get to work on time by 5:30 am.

In the midst of that snow storm, Diligent Dick never had any doubts he would punch in on time. After all a few years ago, he almost severed two of his fingers in a lawn mowing accident at a friend’s house. Just 10 hours and  18-stitches later, Diligent Dick was back to work. His Perfect Attendance intact.

Diligent Dick defied the doctors who sewed his two fingers back. The doctors told their patient to rest. But Diligent Dick –the disciplined and determined Customer Leader– had work to do. Naturally.

And naturally, Diligent Dick reported to work as usual although Steelcase officials refused to allow him to start working until they could verify his medical condition fit to work with a doctor.

I felt like I was Gripping the Soul of Steelcase 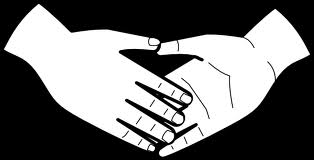 Throughout his four decades as a production Customer Leader at Steelcase, Diligent Dick earned a reputation for the quality and quantity of his work. His boss half-seriously said it would take three people to replace Dick when he retired. In addition to his physical prowess, Dick left a legacy of personal commitment, integrity and discipline that was palpable.

Somehow when I shook Diligent Dick’s hand, I felt like I was gripping the soul of Steelcase. I know that sounds over the top, but then again Diligent Dick was –well–over the top.  His handshake was firm. His smile warm. His enthusiasm contagious, even after four decades of exemplary Customer Leadership at Steelcase.

Diligent Dick –Proud of His Work Yet Humble– in his Manner. Just Like Steelcase.

Diligent Dick was a proud man–proud to be a Steelcase employee. And yet too humble to talk about himself. Until I prodded and probed. I wanted to know what drives a man to strive for and attain Perfect Attendance for more years (41) than I had been alive at that point. Finally the lumberjack of a man let down his guard and said more factually than begrudgingly : “Growing up without much makes you appreciate a job that much more,” said Diligent Dick, the youngest of nine children growing up on a farm in West Michigan.

Diligent Dick was 11 years old in 1933 at the depth of The Great Depression.“I remember as a boy we were very poor. There were many nights when I went to bed hungry,” Diligent Dick recalled. ” There wasn’t a slice of bread in the whole house. And I would get up in the middle of the night and find two inches or more of snow on my bed. The windows were broken.”

But not his heart. Not his soul. Not his spirit. After all, Diligent Dick had people who were counting on him– Steelcase Customers,  internal and external.

HOPE: A 4-Letter Word to Swear By

Earning your Mettle of Honor