Here’s an idea to help you better focus your decision making.

It was my first time fishing alone. I was six years old. Pole in hand, I stood on that dock and my eyes seemed like two magnets pulling me toward my red and white bobber.  I could see three small fish nibbling at my bait. I was mesmerized. I forgot where I was. 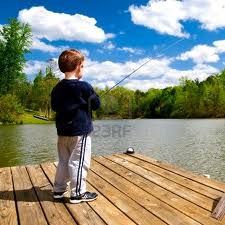 And then suddenly I found myself, fully clothed, falling face first into the water as if those fish were pulling on me. I fell in, still clutching my fishing pole.

Fishing for customers in the business world can be just as distracting at times. We can get too busy with the transaction to think about the action; too fixed IN the moment to reflect ON the moment. To help me stay aware of the woes of day dreaming, I review the following day dream disasters every now and then. Perhaps this list will help you to guard against the Day Dream Invasion:

You might also like these previous  Leadership Mints on prevailing over Strategic Thinking:
Broadening Your Funnel Vision

1 thought on “Attention! Beware of the Day Dream Invasion”