Here’s an idea to inspire your performance especially when you’re feeling down.

Your savings account went the way of the dinosaur long ago. Your career has careened into a dead-end.

And the only thing growing in your life besides your waistline is the balance on your credit cards. Now what do you do?

I know that is easier said than done. Yet I have always been fascinated by those who defy the odds and  embrace the notion of noted leadership author John Gardner that “the first and last act of a leader is to keep hope alive.”

Think about your power of hope, a power more potent that even the power of pleasure, observes author Samuel Johnson writing that “the natural flight of the human mind is not from pleasure to pleasure but from hope to hope.” In fact, I celebrated the power of hope to turn business around in a previous post.

Let’s scan the sports record books to remind ourselves that no matter how far down we are; no matter how much we think we’re losing the game of  life, there is always hope. Consider the 100-to-one longshot Miracle Mets in major league baseball who won the World Series in 1969 or  the 18-point underdog New York Jets in the National Football League who won Super Bowl III in 1969.

Imagine you’re 32 points behind with less than half of the football game to be played. That’s what the Buffalo Bills did in January, 1992. They engineered the greatest comeback in the National Football League’s then near 70-year history. The Buffalo Bills scored four touchdowns in seven minutes and rallied for 35 points to turn a 35-3 deficit into a 41-38 victory in overtime against the Houston Oilers. Celebrate the Comeback Champion. 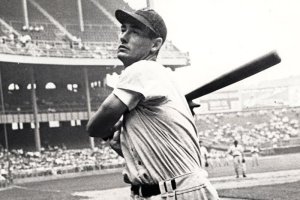 Imagine you’re a 41-year-old professional baseball player struggling through your worst season. How frustrating since   just a few months ago  you won the American League Batting championship last season for the 6th time. Now this season you are benched for the first time in your 19-year career. You go hitless in your first 21 at bats. You settle for a miserable .254 season batting average. All seems lost, especially after hitting .328 the previous season .  But Ted Williams kept hope alive. In his first at bat the following season, he  slammed a 500-foot home run and went on to hit .316 for the season.  Celebrate the Comeback Champion.

Imagine losing a regular season football game by four points and then three weeks later beating the same team by a whopping 73 points to win the National Football League Championship.  That’s what the Chicago Bears did in 1940, winning the championship game 73-0 after losing the regular season game to the Washington Redskins (7-3). Celebrate the Comeback Champion

Imagine losing 20 straight basketball games to the same team –on their court. Then imagine beating that same team three straight games– on their court –to win the championship game. That’s what the Detroit Pistons did in winning the NBA championship in Portland in 1990. Detroit became the first team in 37 years to win three straight games on the road. Celebrate the Comeback Champion.

Imagine going from worst to first in a single year. Keep hope alive. In 1990, the Atlanta Braves finished dead last in the National League and won the World’s Series the following year. The Braves did it the hard way, losing the first two games then winning three in a row. Celebrate the Comeback Champion.

Leaders, on and off the sports fields, don’t buy Henry Thoreau’s contention that the mass of men lead lives of quiet desperation. Indeed, the most  effective leaders I’ve known turn the thorns in life into horns and bull their way to success. On the hoofs of hope.

How have you celebrated the Comeback Champion? How have you leveraged hope in your organization. I look forward to reading your comments. Use the Comments section below.

6 thoughts on “Commitment: Keep Hope Alive No Matter The Score”