Here’s an idea on appreciating more than simply praising your employees. 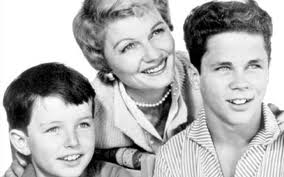 The teenager‘s sugar-coated voice oozed with a specious sap of insincerity.

Eddie Haskell sprayed praise as if it were some kind of perfume that choked the air with  manipulation. Casting his gratuitous smile and unctuous politeness on anyone and anything, Eddie Haskell killed his victims with faux kindness.

Do you know any Eddie Haskells in your organization?

Worse yet, are you falling into the Eddie Haskell trap of sugar-coating your relationship with your boss?

After all, gratuitous praise (a.k.a. brown-nosing) can become a weapon to stun and stunt others who hold a more powerful position than you do. As Sigmund Freud noted “When someone abused me I can defend myself. Against praise I am defenseless.”

How can you defend yourself against the Eddie Haskells of the world? How can you more effectively praise others?

I tried to cap that perfume bottle of praise.  I focused first on appraising long before praising.

When you appraise something — like a diamond— you evaluate the worth, significance and value based on specific criteria (cut, clarity, color ).

In appraising more than simply praising, the most effective leaders I found  defined, differentiated and distinguished employees others based on specifics—based on a sincere appreciation of the particular.

Be Specific To Be Terrific

“Good Job” is too general a compliment. Add a specific trait or behavior that complements the compliment. “I really liked the way you organized the project and followed through. Good job.” That compliment ON the job is a complement TO the job. It completes. It fulfills. It feeds a particular appetite not a general hunger.

TV’s Eddie Haskell from Leave It To Beaver

With compliments that complement, effective leaders recognize the difference between effective praise and Eddie Haskelling.  “Flattery is from the teeth out. Sincere appreciation is from the heart out,” Dale Carnegie observed.

Flattery may sound gratifying —-“Great job!” But flattery is about as satisfying as fast food: filling but hardly fulfilling. No wonder nearly all employees suffer psychological malnutrition, according to Dr. David Schwartz, author of  Getting What You Want.

In a survey of 6,600 employees, 97 percent said they don‘t get as much appreciation for the job as they think they deserve.

When compliments are too general, the Eddie Haskells of the world can be disheartening. Their hollow words wash over our parched psyches like a flood that irritates more than irrigates.

TS Eliot suffered a severe depression shortly after he learned he won the Nobel prize for literature.  He said that praise was “a ticket to one’s own funeral” and that no one did anything significant after winning it.

When compliments are too prevalent, the Eddie Haskells of the world can be counterproductive. Research shows that for tasks that call for creative problem-solving, rewards and praise can diminish performance.

And when the compliments are too frequent, the Eddie Haskells of the world can become debilitating, thrusting its victims into an addiction with all the anguish of dependency and withdrawal.

Remember Willie, the salesman in Arthur Miller’ s Death of a Salesman. Willie lived on fatuous flattery. “He don’t put a bolt to a nut, he don’t tell you the law or give you medicine. He’s a man way there in the blue, riding on a smile and shoeshine. And when they start not smiling back — that ‘s an earthquake.”

No wonder that the ability to praise effectively is a key leadership skill, according to Perry Smith in his book “Taking Charge.” Smith writes that “the brilliant, efficient individuals who cannot warmly thank, compliment and commend their people will always fall short of their full potential as leaders.”

How do you learn to praise effectively? Think of the word “appreciate” instead of praise and your actions will be more personal, more specific and more productive. When you “appreciate” something you tend to nurture it, to grow it, to “make something more profitable.”

Be specific in appreciating others to keep your leadership skills in mint condition.