Having a bad day? Here’s a quick peek into the history books to give you a lift. Reading time: 3:18

The Brooklyn Bridge Stands as a Testament to Perseverance

You’re in the middle of a big project and you suffer a terrible accident that paralyzes you for life. You can hardly speak. What do you do?

If you’re Washington Roebling you continue for 13 years to build the Brooklyn Bridge. Roebling was paralyzed when he suffered the bends while inspecting the footings of the bridge.

Instead of giving up, he supervised the bridge construction through binoculars from his window. He communicated construction orders to his staff through a finger-tapping code with his wife who relayed the message to his engineers.

Against the odds like that, leaders find a way to get it done. Consider the following odds and the leaders who faced them.

You’re missing your right eye and your right arm.  You’re  also  suffering from gout, recurring attacks of malaria, chest and lung pains, rheumatic fever and mental depression. Yet British Admiral Horatio Nelson defeated Napoleon’s French Navy on October 21, 1805 at the Battle of Trafalgar before falling mortally wounded. ” I have done my duty,” he said. Leaders find a way to get it done.

Too worried about that big speech you have to deliver later today? 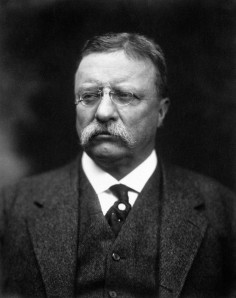 Think of  Teddy Roosevelt. During the presidential campaign, he was shot in the shoulder by a would-be assassin. Roosevelt pulled the blood-soaked manuscript from his pocket and said:  “I have a message to deliver and will deliver as long as there is life in my body.” And  he  did. He refused to go to the hospital aaatil  n his 90-minute speechEven the bullet wound couldn’t  deter Roosevelt from making a 90-minute speech. He refused to go to the hospital. Leaders find a way to get it done.

Can’t seem to write that report? Write it in your blood.

The Confederate cavalry commander was bleeding to death on the battle field. Colonel Isaac Avery wrote one of the most poignant letters in American history — a letter in his own blood— that today is displayed in a Raleigh, NC museum.  He wrote: “Tell my father  I died with my face to the enemy.” Leaders find a way to get it done.

No time to prepare?

James Madison completed his 4-year degree at Princeton in just two years. Often he studied past midnight even though all students had to rise before 5 a.m.

Peter the Great, Czar of Russia, rose at 4 am every day. He called meetings while still in his bed clothes. He often worked 14 hours a day.

Frustrated in missing the fairways of your life?

John D. Rockefeller, richest man in the world, was committed to his golf game. So committed that he would put on a pair of overshoes, walk into the mud,  hammer away in the rough at his ball,  and count every stroke. Rockefeller had that sense of commitment off the golf course too.

In 1908, Rockefeller was approving copy for a book.  Rockefeller made the writer read single passages 4-5 times.  The writer –Frank Doubleday –tried to speed the process along.  Rockefeller protested:  “We will get this right, then we will never have to think of this again.” Leaders find a way to get it done.

Keep Your Life Jacket On

With commitment, leaders get it done. They don’t bail out when the boat starts leaking.  Take it from  Lou Holtz, then head football coach at Notre Dame University:   “It’s tough enough getting that boat to shore with everybody rowing, let alone when a guy stands up and starts putting his life jacket on.”

Persist  against the odds to keep  your your leadership thinking in mint condition.